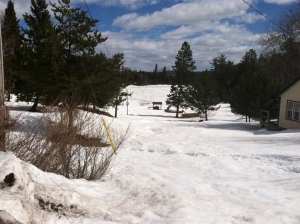 OK people, here’s the first update of the year. As of yesterday the snow on Crow Lake is rapidly melting. We’ve had some really nice weather the last few days and a little rain. expidoms By all accounts, there is at least 30 inches of ice on Crow Lake, but there is also a lots of water on the ice and about a foot of slush. This will work in our favor to gnaw away at that ice.We continue to talas kadın escort cross our fingers for ice out about the 12th-15th of May. Deci There is actually less ice and more slush this year due to all the snow that we received. Hope for continued good weather, eh. 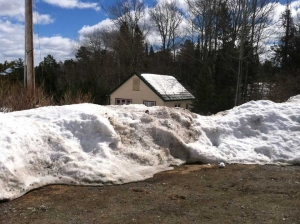 2014 will see the return of a few groups we have dearly missed along with all our “regulars”. Groups from Belgium and Holland return again with a new group of Musky guys from the “Predatour Tour” tournament trail from Holland.

Cabin 4 has been jacked up and leveled. We have added a new roof as well as new windows all around. The electrical has been updated and has a new fridge. All the siding will be on by the time the first group of guys gets here……if the 7 ft snow banks are melted by then!

We look forward to seeing all of you again as we celebrate our 21st year. We are most appreciative of your loyalty to us year after year.It means a lot to us. crow Lake.

Be good, be safe.